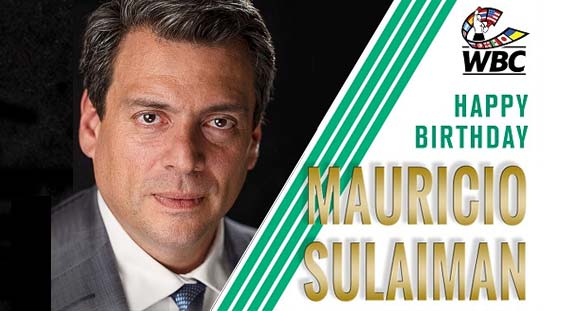 Tian Fick from Cape Town won the vacant South African heavyweight title on a wide unanimous 12 round points decision over Josh Pretorius from Richards Bay in KwaZulu- Natal, on Friday night at the Vibrant Sports Studio in Cape Town. The scores 119-109 and 118-110 twice.

This was a return match with Fick winning on an eight-round point’s decision in June 2019.
The taller Fick boxed from the outside from the opening round using his left jab to pile up the points. END_OF_DOCUMENT_TOKEN_TO_BE_REPLACED

In a super welterweight crossroads fight between veteran fan-favorites, Sam Eggington (29-7, 18 KOs) scored a sixth round KO over Ashley Theophane (50-9-1, 19 KOs) on Friday night behind-closed-doors at the Fly By Nite purpose built TV production facility in Redditch, England. Eggington put the pressure on from the get-go, dropping Theophane in round two. A crushing Eggington right hand to the liver in round six sent Theophane to the canvas to end it.


“I knew Theophane would be tricky from the start and hard to it,” said Eggington. “It was hard to get through at first and I just had to keep the pressure on and breaking down and I knew I’d get to him eventually…I’m not shouting anyone out, I’ll fight anyone put in front of me and I can’t wait for a big 2021.”

By Ray Wheatley — World of Boxing

IBF #10 super bantamweight Brock Jarvis (18-0, 16 KOs) stopped Mark Schleibs (12-1, 8 KOs) in round five of a scheduled ten round bout on Friday with the IBF Pan Pacific title up for grabs in a nationally Foxtel televised bout at the Coorong Pavilion, Exhibition Park, Canberra. Referee Les Fear crowned Jarvis at 1.16.

“I still think we have a lot of work to do, I’ll keep working on it,” Jarvis said. “It was good, Mark put up a good fight so I thank him for that. I haven’t fought in over a year, but I’ve been busy in the gym. I was confident I’d be fine, thanks to Luke Jackson, Hassan Hamden, all the guys I’ve been sparring. Thanks to Dean Lonergan and Stu Duncan for having me in the main event.”

In other action, IBF#10 lightweight Jacob Ng (14-0, 11 KOs) forced a five round stoppage over Hunter Loane (8-1-1, 5 KOs) in a scheduled ten round bout. Ng retained IBF and WBO regional titles.

Hard-punching prospect, Zirolian Riku (12-3, 11 KOs), 132.5, displayed a one-punch stoppage when he landed a looping left hook that dropped Takuya Ota (8-4-1, 6 KOs), 132.25, with such a thud that the ref promptly declared a halt to save the loser from further punishment at only 0:39 of the opening session in a scheduled eight on Wednesday in Tokyo, Japan.

The haymaker was a very devastating shot that stunned the crowd as well as the third man who quickly made a well-timed stoppage. END_OF_DOCUMENT_TOKEN_TO_BE_REPLACED

Unheralded JBC unranked Kento Yabusaki (8-4-1, 5 KOs), 111 3/4, scored an upset decision over former OPBF 108-pound and ex-Japanese 105-pound titlist Shin Ono (24-11-3, 6 KOs), 112, over eight heats on Tuesday in Tokyo, Japan. In a contest of southpaws, Yabusaki decked the 37-year-old veteran Ono with a smashing left in the second and put on an aggressive performance, though he, 23, was often grabbed by Ono, a twice world challenger, who attempted to avert the youngster’s aggression. The sixth saw Yabusaki open a gash over Ono’s right optic with a legal shot, which obviously became a nuisance for the veteran southpaw. The winner will enter the JBC’s ratings thanks to his unexpected triumph. END_OF_DOCUMENT_TOKEN_TO_BE_REPLACED

The new WBC Channel on VIVE TV kicked off on Tuesday with a closed-door event in Tijuana, BCN, Mexico.

In the main event, former world title challenger and WBC #5 bantamweight Alejandro “Peque” Santiago (23-2-2, 12 KOs) punished Erick “Lobito” Gonzalez (13-1-2, 7 KOs) for four rounds. Santiago dropped Gonzalez hard in round two, but couldn’t finish him. After two more rounds of punishment, Gonzalez didn’t come out for round five. Official time was :10 of round five.

Undefeated lightweight prospect Francisco “Chino” Lopez (12-0-1, 8 KOs) and Ivan Leon “Cachorro Canonerof” Benitez (14-4-1, 6 KOs) battled to a ten round draw. Scores were 94-94, 96-92, 92-96. Lopez lost a point in round six for rabbit punching and another when a headbutt opened a gash on Benitez’s right eyelid in round eight. END_OF_DOCUMENT_TOKEN_TO_BE_REPLACED

The new WBC Channel on VIVE TV kicked off on Tuesday with a closed-door event in Tijuana, BCN, Mexico. In the main event, former world title challenger and WBC #5…
Read More »

Unbeaten Japanese southpaw prospect, formerly seven-time amateur national champ and OPBF#8 featherweight Mikito Nakano (5-0, 4 KOs), 129, came off the canvas in round three, and fought back hard to earn a unanimous verdict (all 78-73) over Ruito Saeki (7-4-1, 1 KO), 128.75, over eight heats on Saturday in Tokyo, Japan. END_OF_DOCUMENT_TOKEN_TO_BE_REPLACED

In one of the most anticipated matchups in boxing in quite some time, unified welterweight champ and owner of the IBF and WBC strap, Errol “The Truth” Spence Jr.(27-0, 21 KOs) battled two-division world champ Danny “Swift” Garcia (36-3, 21 KOs), in his first fight since his horrific single car accident early morning last October in his hometown of Dallas. The fight was staged in front of a pro-Spence crowd at AT&T Stadium in Arlington, TX, also the home of the Dallas Cowboys and shown live on Fox Sports PBC pay-per-view.

Spence, showed once again why he is still “The Truth” as he came right after Garcia from the opening bell and put on textbook performance to retain his titles with a fairly easy unanimous decision win by scores of  116-112 twice and 117-111. END_OF_DOCUMENT_TOKEN_TO_BE_REPLACED

By Jeff Zimmerman In one of the most anticipated matchups in boxing in quite some time, unified welterweight champ and owner of the IBF and WBC strap, Errol “The Truth”…
Read More »

By Jeff Zimmerman at ringside

WBC/IBF welterweight champion Errol “The Truth” Spence Jr. (27-0, 21 KOs) retained his titles with a twelve round unanimous decision over Danny “Swift” Garcia (36-3, 21 KOs) on Saturday night at the Dallas Cowboys’ AT&T Stadium. Returning after a brush with death in a high-speed car crash more than a year ago, Spence pretty much controlled the fight, winning by scores of 116-112, 116-112, 117-111.

Errol Spence Jr: “The moment is surreal. Coming back from the accident, I feel like I looked pretty good tonight. All training camp I felt good. I told people I didn’t want a tuneup fight. I proved to everyone that I’m the best 147-pound fighter in the world. Danny Garcia pushed me to the limit, especially in training camp. I’ve watched him fight since he was an amateur. I knew he was a great champion and I had to be 100% ready.”

Danny Garcia: “He was the better man tonight. No excuses. I fought a hard and tough fight. He had a good jab and that was the key to the fight. He was also a bit busier than me…I just have to rebuild and see what we do next.”

By Jeff Zimmerman at ringside

In a super welterweight WBA world title eliminator, the “Towering Inferno” Sebastian Fundora (16-0-1, 11 KOs) from Coachella, CA at almost 6’6” used an array of uppercuts, hooks and straight shots to annihilate late replacement Habib Ahmed (27-2-1, 18 KOs) out of Accra, Ghana, on Saturday night in front of a raucous crowd at AT&T Stadium on the Spence-Garcia undercard. Fundora was originally scheduled to fight Jorge Cota. Once Fundora buckled the knees of Ahmed early in the first round with an uppercut, it was pretty much target practice for him. After another onslaught in round 2, referee Laurence Cole waived it off at 1:30 to earn the TKO victory of the scheduled 12. The tall, slender Fundora owned a 6 inch height advantage over the veteran Ahmed, although it appeared to be much more. The affable Fundora told PBC’s Jordan Plant ringside after the fight he wouldn’t mind fighting the likes of Julian Williams next, but first he has Christmas shopping to finish.


Welterweight “The Riverside Rocky” Josesito Lopez (38-8, 21 KOs) from Riverside, CA put on a dominating performance against Francisco Santana (25-9-1, 12 KOs) out of Santa Barbara, CA. Lopez dropped Santana in the first round with a right hook after shots to the body, again in rounds nine and tenth to score the TKO victory at 1:22 of the final round. Lopez was in control the whole way, although he was cautious at times as Santana swung for the fences himself. Lopez continues to get big fights with his fan-friendly style and with world-class trainer Robert Garcia in his corner. Lopez told Fightnews in an exclusive interview before the fight that he hopes to get another world title shot before he retires. He should be on his way with the big win in Dallas.

In a WBA world title eliminator, featherweight Eduardo Ramirez (24-2-3, 11 KOs) out of Los Mochis, Mexico, flattened Miguel Flores (24-4, 12 KOs) from Dallas with a vicious right hook in round 5 that landed squarely on the jaw of Flores and ended the fight. Ramirez set up the “kill” shot with a straight left that landed on the left shoulder of Flores. Flores somehow got to his feet and referee Laurence Cole began his count, but after a quick wobble, Cole rightly waved it off. Southpaw Ramirez controlled the first few rounds of the fight landing his right, left combinations as Flores did his best to counter. Ramirez, though, put an end to the fight at 20 seconds of round five with his big, one punch knockout. Flores picked up Ramirez to show good sportsmanship after the loss.

END_OF_DOCUMENT_TOKEN_TO_BE_REPLACED

Undefeated prospect Danielito ‘El Zorro’ Zorrilla (14-0, 11 KOs) showed that he is already more than ready for elimination bouts that lead to a coveted world championship opportunity after dispatching…
Read More »

There was boxing this Saturday at the RCC Boxing Academy Hall in Ekaterinburg, Russia at an event organized by RCC Boxing Promotions limited to 250 fans due to coronavirus restrictions.

By Gabriel F. Cordero There was boxing this Saturday at the RCC Boxing Academy Hall in Ekaterinburg, Russia at an event organized by RCC Boxing Promotions limited to 250 fans…
Read More »

“I know, I will be a world champion. Beating Taylor Mabika (19-7, 10 KOs) was just a step one, to be where I deserve to be – in a championship fight,” said victorious WBO #11, WBC #4 cruiserweight Michał Cieślak (20-1, 14 KO), who had no problem to outwork, overpower and finally to stop the Gabonese fighter in round six of the Polsat Boxing Night 9 main event in Warszawa (Poland).

Cieślak, who narrowly lost a WBC title fight in Kinshasa last year, versus local favorite and one of top cruisers in the world Ilunga Makabu, could be in a championship fight…next Saturday in London! END_OF_DOCUMENT_TOKEN_TO_BE_REPLACED

By Przemek Garczarczyk “I know, I will be a world champion. Beating Taylor Mabika (19-7, 10 KOs) was just a step one, to be where I deserve to be –…
Read More »

In a fight that never heated up, unbeaten Commonwealth light heavyweight champion Lyndon Arthur (17-0, 12 KOs) scored a twelve round split decision over Anthony Yarde (19-2, 18 KOs) on Saturday night at the iconic Church House in London. Yarde couldn’t get past Arthur’s jab in a surprisingly non-competitive fight early on. Yarde started coming on when his corner realized Arthur wasn’t throwing ANY right hands. Scores were for 115-114, 115-114 for Arthur and 117-111 for Yarde. END_OF_DOCUMENT_TOKEN_TO_BE_REPLACED